You are here: Unsung Heroes of Telecom: Hedy Lamarr 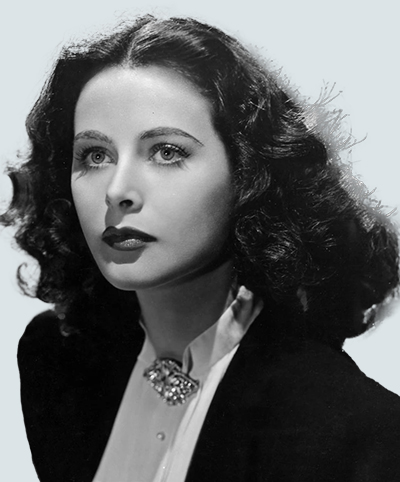 Hedy Lamarr was an Austrian-American film star during Hollywood’s “Golden Age.” But many people are not aware that she was also a scientist and inventor. Lamarr co-invented an early technique for spread spectrum communications that was designed to combat Nazi jamming signals that could redirect torpedoes. Her patented frequency-hopping signal led to the development of GPS, Bluetooth, and Wi-Fi.

Lamarr was born Hedwig Eva Maria Kiesler on November 9, 1914, in Vienna, Austria. Growing up, she was privately tutored and soon became skilled in playing the piano and dancing. She was also able to speak four languages. At the age of 16, she enrolled in a drama school in Berlin. Less than a year later, she made her film debut in Geld auf der Strasse (Money on the Street.) She began to rise to stardom when she starred in the film Ecstasy, a movie that was considered indecent for the time.

In 1937, Lamarr moved to Hollywood to continue her film career. Her first film in the United States was Algiers, and then she went on to star in many more films under contract to Metro-Goldwyn-Mayer.

Though Lamarr was incredibly successful in Hollywood and recognized as an international beauty icon, she was also remarkably intelligent. She created a number of inventions including an improved traffic light and a tablet that dissolved in water to create a carbonated drink. She dated Howard Hughes, an aviation industrialist, and suggested that he change the square design of his airplanes to a more streamlined shape. This suggestion was based on research she had done on the shape of the fastest birds and fish.

During World War II, Lamarr learned that radio-operated torpedoes could easily be jammed and sent off course. She had the idea to create a frequency-hopping signal that could not be jammed. The idea behind this was to use more bandwidth than the initial message while maintaining the same signal power. This signal would not have an easily distinguishable peak in the spectrum, which made it more difficult to differentiate from noise and therefore tougher to jam or intercept. She worked with George Anthiel (who like Lamarr, is better known as a composer and musician than an engineer) to develop this “Secret Communications System,” which was later titled Spread Spectrum Technology. They developed a device that manipulated radio frequencies and irregular intervals between transmission and reception. This created an unbreakable code to prevent classified messages from being intercepted by enemy personnel. Their invention received a patent in 1942 but was not used during WWII because it proved too difficult to implement.

Hedy Lamarr was an incredibly influential figure who should be remembered not only for being beautiful, but for being a genius. Her inventions have been and will continue to be beneficial to all. She was truly a pioneer in the world of telecommunications. Her memory lives on at AireSpring where one of our conference rooms bears her name.